← Back to the front page

Help your toddler learn to count by playing basketball Time flies. Before I know it he’ll be doing all those things (and more). But one thing he’s been stum­bling a bit with is count­ing.

We recent­ly bought a new office chair. It came in a nice large stur­dy card­board box which we left in the liv­ing room for our son (and cat) to play with. 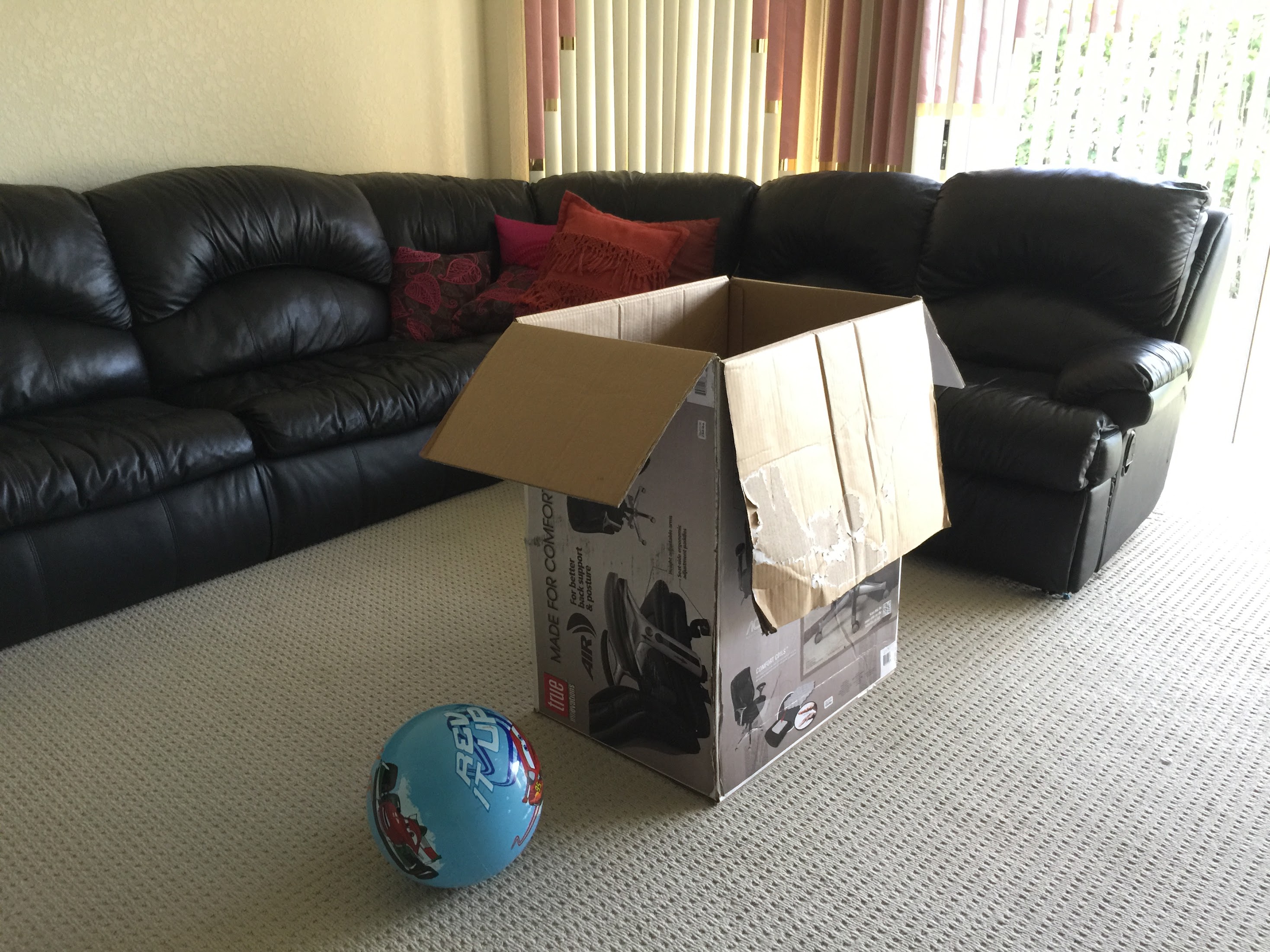 A day or so lat­er, walk­ing by I picked up a boun­cy ball and took a shot at mak­ing it into the box — from down­town!

Not sur­pris­ing­ly, I missed. But it caught Chris’ inter­est so I showed him how to drib­ble and take some shots.

I then had an idea 💡. Let’s play a game of bas­ket­ball and the first to score 5 points wins.

I drew up a crude score­card. Two columns (well 3 since Chris also want­ed our cat to play) with 0 to 5 in a ver­ti­cal line. And we’d keep track of the score by using small toys as markers. 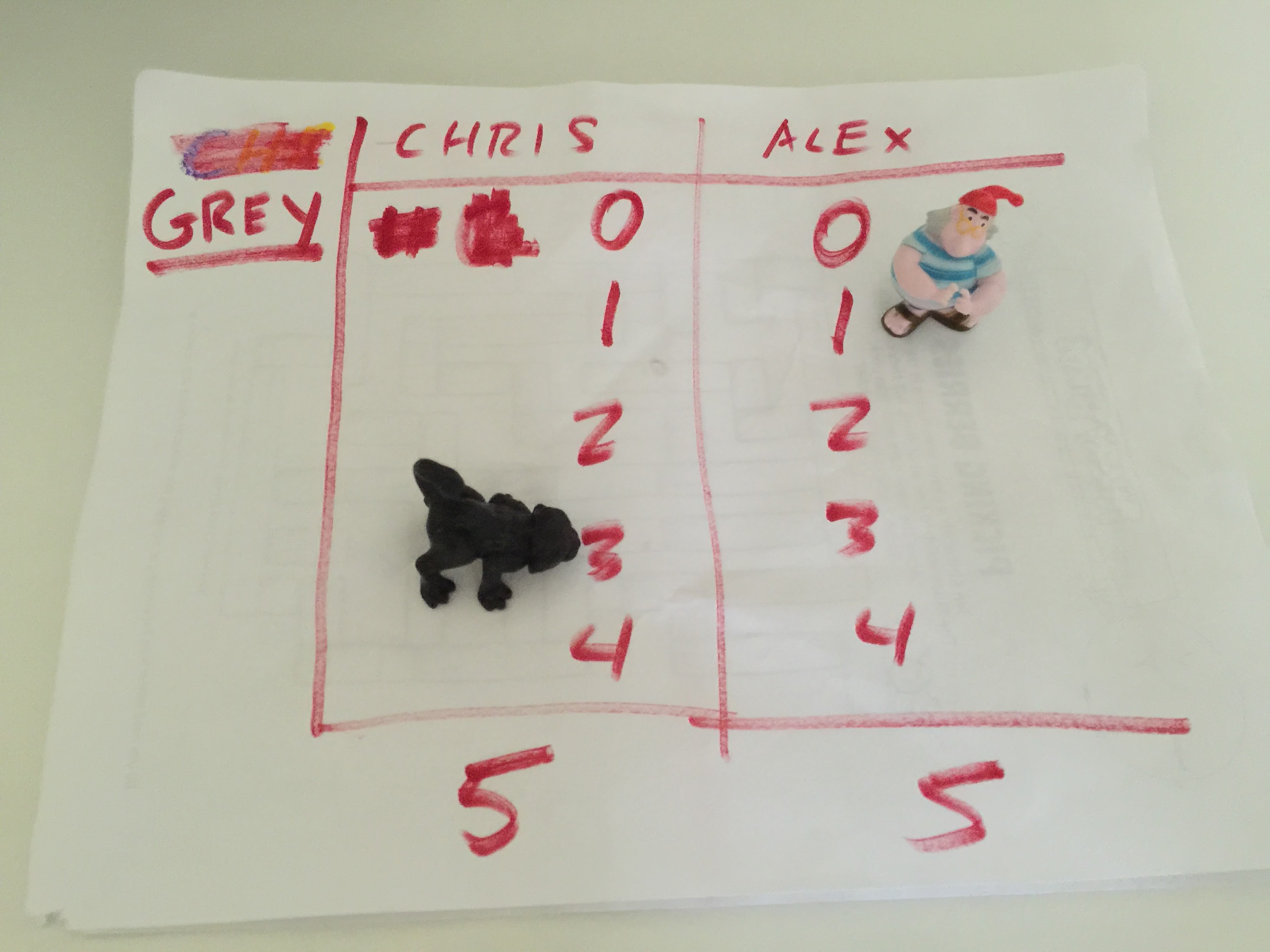 We played 3 games and while we had fun, the approach with this score­card was a bad idea. Even though Chris enjoyed mov­ing the toys next to each num­ber — the sym­bol 3 still doesn’t rep­re­sent 3 items for my son.

And what was I think­ing includ­ing zero. 😔

I gave it a bit more thought and the next day I came up with ver­sion 2 of the scorecard. 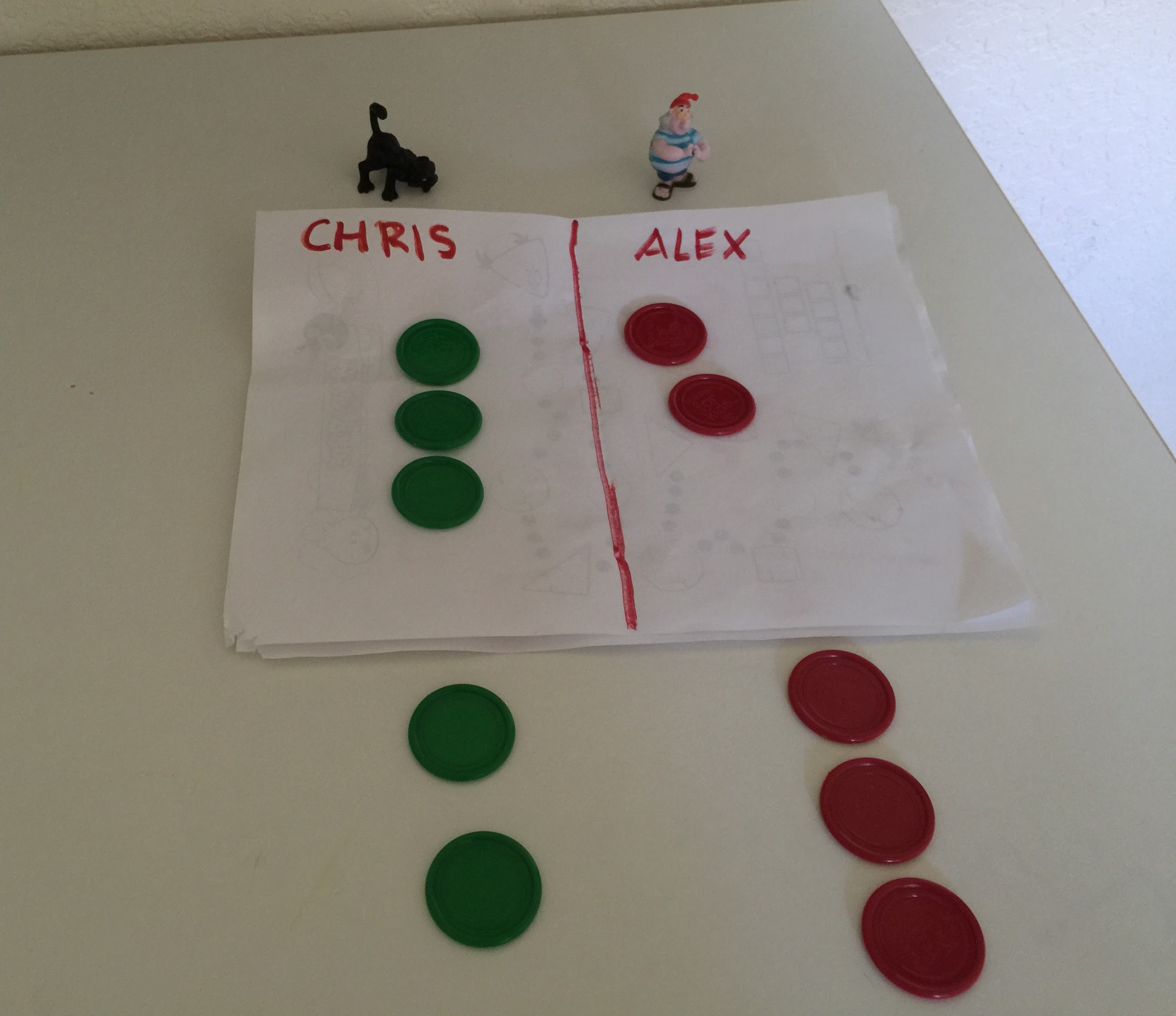 This time around no writ­ten num­bers. Just a sheet of paper with ver­ti­cal line down the mid­dle and our names at the top of each half.

I used tokens from a board game to keep track of the score. As one of us made a point, we’d move a token into our scor­ing column.

This was a much bet­ter way to see how many items are 2 points. And when I asked him what his score was, he held up 3 fin­gers — which was correct.

So if you have a tod­dler who’s hav­ing a lit­tle trou­ble with count­ing. Give a vari­a­tion of this game a shot.

Remem­ber, at first, don’t focus on the num­bers (sym­bols). Instead make sure they under­stand how many items they’re see­ing or counting.

I hope this helps and have fun! Your child will interact with cute & original animations. Available in 7 languages.

When a car trip starts to feel too long & boring.

How to not raise a crybaby

Some children when first walking barefoot on sand may immediately start crying. Others, though _weir...